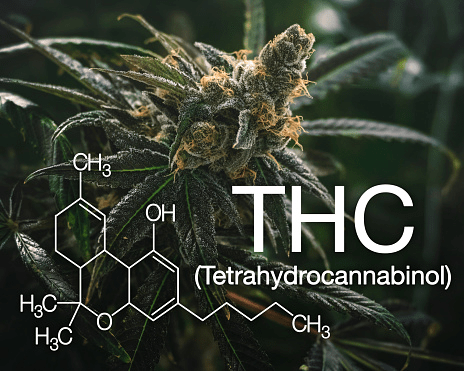 What is THCA and How Do You Find It?

One of the most prevalent medicinal chemicals generated by raw cannabis plants is non-psychoactive tetrahydrocannabinolic acid (THCA). While many cannabis users are aware that inhaling and eating the plant has a wide range of medicinal effects, there are several unexpected advantages to keeping the plant uncooked. This raises several crucial issues, including what precisely is THCA? What are your options for making the most of it? What exactly does it mean when it is said “raw cannabis”?

Everyone seems aware about THC whether it’s THC gummies or THC vape oil. But are you aware of THCA? If not, let’s see here.

THCA is a cannabinoid, which means it’s one of the components in marijuana that gives it its high. Marijuana includes hundreds of cannabinoids, each of which interacts with distinct receptors in the brain and body to relieve anxiety, promote dry mouth, increase appetite, or induce sleepiness.

One of the most common questions individuals have when learning about cannabinoids is, “Does THCA make you high?” Unlike THC (tetrahydrocannabinol), THCA does not provide a euphoric high and is completely non-psychoactive. This is because THCA is a precursor to THC, and it is just one of the stages in the transformation of THC into its ultimate form.

How Is THCA Produced? 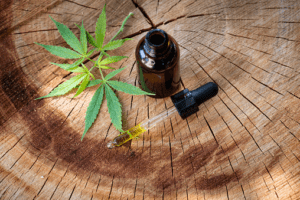 THCA starts its existence as CBGA, much as numerous other major cannabinoids found in marijuana. An enzymatic mechanism occurs inside the trichomes of a cannabis plant as it grows, causing a major amount of the CBGA to be converted to THCA, CBDA, and CBCA. THC, CBD, and CBC are the acidic forms of the more well-known cannabinoids THC, CBD, and CBC.

CBGA has received the moniker “mother of all cannabinoids” due to this transformation process. Some of the CBGA will continue to exist (later to become CBG). However, the majority of it will be converted into other cannabinoids, namely THCA and CBDA, which are present in larger concentrations than their cannabinoid counterparts.

The distinction between these cannabis acids and subsequent variants is that they are not pharmacologically active in their acidic forms.

Where do you find THCA?

Tinctures are the most common method for individuals to consume THCA. Another option is to consume raw cannabis, a nutritionally undervalued super food. Furthermore, it is easy to see why so many medical cannabis users incorporate raw cannabis in their treatment regimens, because it provides the vast range of health advantages.

While some full extract cannabis oils are maintained raw, most patients acquire their daily dosage of THCA by eating raw cannabis greens. Raw cannabis buds and leaves may be used in a variety of ways, including:

If THCA is not pharmacologically active, what are the benefits? Even while THCA’s absence of psychoactive effects was long considered to suggest it had no impacts or advantages, new research shows that this isn’t the case. In addition to the disorders listed above, THCA’s application is being investigated by researchers.

THCA and other cannabinoids replicate the actions of the body’s natural endocannabinoids, which are responsible for calming inflammatory processes, according to researchers. Potential THCA advantages might include the use of THCA as an anti-inflammatory medicine.

As of 2017, a peer-reviewed study in Epilepsy and Behaviour addressed the potential benefits of combining THCA with CBD for the treatment of epilepsy. Doctors observed that little dosages of the THCA combination were most beneficial in the individuals who received relief. Smaller THCA dosages were required to get similar effects as bigger THC levels.

As a result, raw cannabis has a substantial level of THCA in it. After decarboxylation, the cannabinoid THC is formed, which is responsible for the euphoric effects of cannabis. In molecular terms, there isn’t much of a difference between the two. However, they produce substantially different effects on the human body and brain. THCA does not cause intoxication.