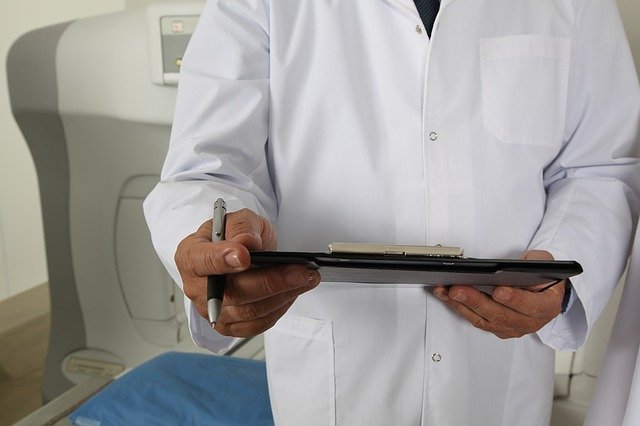 Multiple sclerosis, or MS, is both an autoimmune and neurological disease that impacts the body’s healthy nerve cells. This disease affects the central nervous system by incorrectly attacking the protective shields covering nerve fibers, resulting in nerve damage that causes an array of symptoms that worsen over time as the disease progresses.

Because it frequently manifests as an invisible illness, MS is often misunderstood. Discover important facts about this disease, from signs and symptoms to prevalence and prognosis.

Though medical providers assess patient symptoms according to a set of diagnostic criteria for MS, the disease can be challenging to diagnose. A common symptom within many patients, such as muscle weakness or trouble with coordination, may not show up in a patient with this disease.

The diagnostic difficulty is largely due to a large number of other conditions that may cause or worsen some of the common symptoms characteristic of multiple sclerosis. Medical professionals must perform several tests in order to narrow down the cause of common symptoms, including blood tests, exams, imaging scans and spinal fluid analyses.

Even after several of these tests have been performed, the disease’s many nonspecific symptoms make diagnosis an often demanding and complicated process.

2. It Is a Chronic Condition

As there is no current cure for the disease, MS is a recurrent, chronic condition. A person living with MS will experience worsening symptoms over time, though the disease is not fatal. However, this condition can result in a number of other complications that may impact a person’s quality of life over time.

Even as the disease is considered incurable, people living with MS maintain an average life expectancy. Symptoms can be treated through a variety of means, including supplements, medications and routine adjustments.

3. Symptoms May Be Hidden

Unlike many other chronic conditions, the symptoms of this disease are often silent and invisible to others. Some with the disease eventually require mobility aids or additional accommodations for their day-to-day lifestyle.

However, many who live with MS do not appear sick or ill on the outside. Rather, their symptoms, such as chronic pain, blurred vision, fatigue, dizziness or cognitive impairments, manifest unseen.

4. The Illness Comes in Waves

Multiple sclerosis is a disease that flares up for periods of time and enters a state of remission for weeks, months or even years at a time. During flare-ups, symptoms may relapse at varying degrees of severity, with the chance for new symptoms to appear whenever the disease returns.

In periods of remission, symptoms can disappear or resolve quickly. Remission periods provide some level of relief for those with the condition, but the disease does not resolve entirely. In fact, the disease persists in causing damage to the nervous system even when symptoms are not present. When a remission period ends, MS symptoms may appear differently or at an increased or decreased severity.

Because of specific differences in the brain structure between the sexes, females are four times more likely to develop multiple sclerosis. Female-bodied patients are most often diagnosed with MS during young adulthood, primarily between the ages of 20 and 50. Researchers believe a difference in receptor proteins is the reason more female-bodied people develop the disease, as this difference impacts immune cells and neural pathways.

6. The Cause Is Unknown

Like most autoimmune diseases, the exact cause of multiple sclerosis remains a medical mystery. The current body of research suggests that the disease is developed regardless of lifestyle factors, and may be inevitable or unpreventable for some who live with the condition.

Researchers have suggested several theories to demystify the cause of multiple sclerosis. Patients with MS may have developed the disease due to lower levels of vitamin D, some genetic factors, viral infections and the existence of another autoimmune disease.

The nervous system is large and incredibly complex, which means many people who live with MS exhibit a long list of symptoms. While some symptoms are more common than others, the disease can be unpredictable from patient to patient. A standard experience with the disease is, essentially, nonexistent.

Symptoms range from a loss of muscular control to problems with cognition and memory. As well, patients with MS may also develop adjacent symptoms along with the disease, such as depression, heart disease, sexual dysfunction or mood changes.

Fortunately, a variety of treatments exist to mitigate the symptoms of this condition and comorbid conditions that develop through the course of the disease.