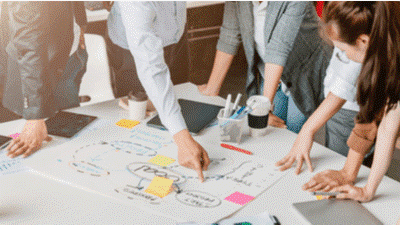 Let’s be honest; New World isn’t doing great. The aftermath of the New World gold duping exploits has died down, but when Amazon released their other game called Lost Ark, the audience from their MMO has since moved onto greener pastures. Well, for those that are sticking around, you’ll be happy to know that Amazon Game Studios just released the 2022 roadmap alongside a developer roundtable video for New World. The hour-long video mainly consists of the Heart of Madness update coming later this month, a 3v3 PvP arena, the new Blunderbuss weapon, and more rewards for PvP players.

Nearly six months after New World’s launch, Amazon now appears confident in the state of the game despite the dwindling player numbers. According to the company, they’re focusing on significant content additions (more ways to farm New World gold) for the rest of 2022. We all know about the Heart of Madness, which is coming this March, but there will also be the Tempest’s Heart Expedition that’s set to add a new endgame target for players and a major story chapter. The content roadmap for New World is split into three different sections, thereby leaving room for Amazon to have more room to shift release dates. At the same time, New World players feel that there’s not enough specificity they would have liked.

The Spring, Summer, and Autumn seasons include new Expeditions that continue New World’s lore. Then between the seasons, new content additions will be spread out, including new weapons, PvP arenas, new territories, and special events.

Compared to the other seasons, the Spring one for New World had already been partially confirmed beforehand. The Tempest’s Heart Expedition wraps up the story of Isabella and provides more endgame content that requires New World items level 550. Also, the new Blunderbuss weapon will arrive soon.

The Blunderbuss is a ranged weapon that promises potent close to mid-range damage coupled with high mobility. The damage will be scaled according to the player’s Strength and Intelligence, making it suitable for Bruiser or Age builds. Two new weapon mastery trees will be available to complement the Blunderbuss, each supporting a distinct playstyle. The Containment tree focuses on “unloading hot lead” onto enemies and closing the map. Meanwhile, the Chaos tree is about bombarding areas with explosive damage and keeping your distance.

Later in Spring, a substantial PvP update will be added to New World, including a new PvP rewards track, a new substantial system to encourage players to play more PvP, and 3v3 arenas.

Amazon Game Studios doesn’t have a robust game plan for the Summer season of New World as it does for the other seasons. There’ll be a new Expedition called Barnacles and Black Powder and a special summer event that’s still unnamed, but what makes Summer stand out is that addition of a significant feature. Amazon will be adding the much awaited (and somewhat controversial) Expedition Group Finder Feature.

Later in the year for the Autumn season, Amazon has a plethora of major additions planned for New World. The first anniversary of the MMO looms around this time, and the world map will be expanded with the Brimstone Sands region, where players can pick up the Greatsword – a new weapon with unique ability trees and movesets.

Based on what we’ve seen so far, it looks like Amazon has a variety of additions planned for New World – at least for 2022. There’s currently no telling how substantial the seasonal Expeditions will be. Still, if the developers provide consistent endgame content, more quests to farm New World gold, and a story worth following, players will continue to play the game.

What do you think about the 2022 roadmap for New World? Let us know your thoughts down below!