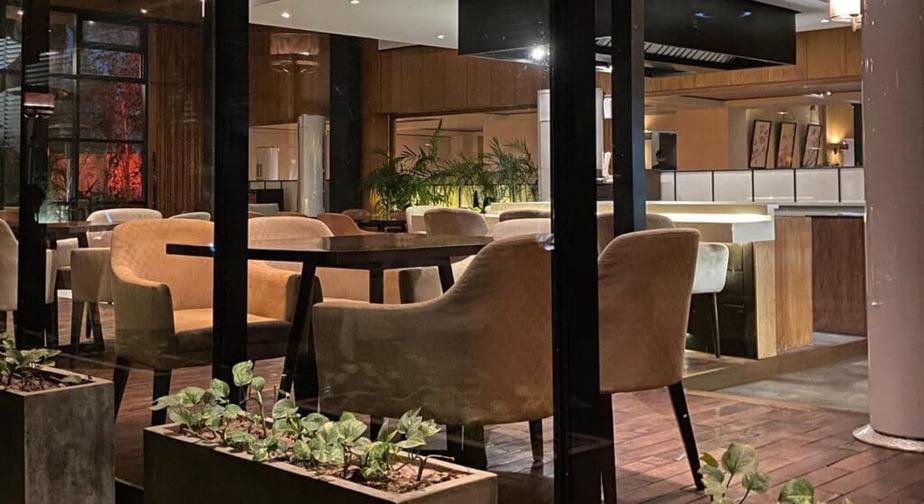 Nowadays, it is known that sushi is among the favorite and most demanding dishes because of this many people are searching for sushi near me on Google to find the best result. Sushi is a Japanese dish that combines raw or cooked fish with veggies and is frequently served with vinegar-seasoned rice. On the side, pickled ginger, wasabi, and soy sauce are commonly offered.

Sushi as we know it now is a long cry from its origins. Traditional Japanese sushi’s major components, raw fish, and rice are naturally low in fat, high in protein, carbs (only rice), vitamins, and minerals, as are gari and nori. Other veggies wrapped in sushi provide a variety of vitamins and minerals. Needless to say, sushi is the most iconic dish associated with Japanese cuisine.

Here is the list of the top 7 restaurants in Lahore that are serving the finest and yummiest sushi in Lahore at a reasonable price and very good quality.

The restaurant is meant to provide guests a truly Japanese culture and environment experience; it is adorned with bamboos and woods and has a view of a pool seen via large windows. Fujiyama also provides live cooking to its customers. Prawn Tempura, Maki California Rolls, Sushi, and Teppanyaki are among the most popular meals among customers.

Gai’a is a fine dining restaurant in Lahore that specializes in flavor, quality, presentation, and atmosphere while serving modern Japanese cuisine. The All-You-Can-Eat Monday, Maki Mania, is a highlight of the restaurant, but the breakfast, lunch, and dinner menus are all worth planning. Gai’a also offers two private dining rooms, the private hall, and the dining room, both of which can seat 40 to 45 people.

Gai’a’s best-selling products are Rock Shrimp Tempura, Seared Salmon Tataki, Miso Black Cod, Beef with Three Mushrooms, Gai’a Dark Chocolate Torte, and New York Cheesecake. The sushi, on the other hand, is competitive with that of other Lahore Japanese eateries.

While the menu offers a variety of soups, appetizers, salads, main meals, and desserts in various flavors, Japanese cuisine should be your top focus. Although there are not as many options as at some of the other Japanese restaurants on our list, the sushi platters are great for sharing or as a solo dinner. The most popular item on the menu is the Crunchy Maki and Salmon Sushi Balls.

If you are looking for sushi buffets in Lahore, head to Sakura. The PC Hotel in Lahore hosts an All-You-Can-Eat Sushi Night by the Pool on weekends. Every other weeknight, Sakura offers an a la carte meal. On weekdays, visitors are greeted with a live Teppanyaki counter and a Mocktails bar.

The poolside eating experience, on the other hand, is unparalleled. The Dobbin Mushi soup, Negimayaki, and Edamame are a few of the menu’s appetizers worth tasting. On weekends, the sushi buffet has tempura, maki rolls, teppanyaki, sushi, and other Japanese delicacies.

Sumo is one of Lahore’s oldest Japanese restaurants, having started in 1990 and later been renovated to provide the city with authentic Japanese food. Customer service is outstanding, and you will usually always be greeted with complimentary beverages or dessert, especially if you are a regular.

Their cuisine is exclusively Japanese, with nigiri, maki rolls, and sushi, as well as grilled and baked sweets and live teppanyaki choices such as chicken, beef, salmon, black cod, lobster, prawn, and red snapper. One of the must-order items on their menu is their signature Spicy Salmon Roll.

Wasabi, which introduces Japanese cuisine delicacies to Lahore, has become so popular among its clients that it now has two locations in the city. This Japanese restaurant is well-known for its grilled sushi, but it has much more to offer as well. The simple wooden décor conceals some delicious scents if you know what to order. Wasabi’s menu is varied and delicious, offering everything from appetizers, soups, salads, and tempura to sushi rolls and stir-fries.

Ordering any of the sushi platters offered at the restaurant, such as Wasabi Sushi Platters, Wasabi Special Platters, Cooked Sushi Platters, Super Salmon, and California Dream, is one choice for the best sushi in Lahore.

Sushi is currently the most popular meal, particularly in Japanese cuisine. Bamboo Union will be the first search result if you search for sushi near me. Bamboo Union is chosen the best after analysis of user reviews regarding taste, price, authenticity and ambience.