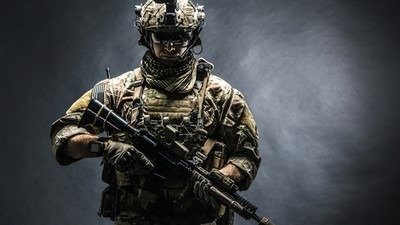 The next wipe may not be too far away.

Escape from Tarkov is looking to be the next big thing. It already has a dedicated fanbase, and more players are permanently joining in. Who wouldn’t want to try out this game? Escape from Tarkov is a hardcore and realistic online first-person shooter. If you are someone who wants a different type of game but is still somewhat similar to battle royales, then this may be the game for you. Escape from Tarkov pits you against AI opponents and other players.

The main goal is to loot Tarkov items and extract them without dying. It is a neat concept and also very fun. However, here is the thing, Escape from Tarkov is still in closed beta.

This game has been in closed beta since 2017; that’s a long time. But every several months, everyone’s progress is wiped clean. All of those Tarkov items you earned over those months will disappear from your Tarkov account. Server wipes help reset the economy, but it usually happens when a giant patch is out.

Now many players are wondering when the next wipe is going to happen. We might have an estimate on when that might be.

Let’s jump into it, shall we?

What Is A Wipe?

So, what exactly is a wipe? It was touched on a little bit above, but let’s go a little more in-depth and explain why it is a good thing. A wipe is when the developers reset everyone’s progress. All Tarkov items, levels, skills, and mission progress are reset. This usually happens every 5 to 6 months.

The reason for this is to help balance the economy and also to add new content. When new items are added to the game, it helps to have a fresh start so that everyone can find them and use them. It is all about giving everyone an even playing field.

This is a perfect time to jump into the game if you have been on the fence about pre-ordering it to try out the closed beta. With everyone starting over, you will stand a much better chance of winning combat encounters. Former players will know the mechanics more, but it is better than facing people with much better gear than yours.

Some players may think that this sucks because they have worked so hard only for their progress to be gone. But you have to remember, Escape from Tarkov is still in beta. There are bound to be changes made, and things will be wiped from time to time. It is all part of the process.

When Was The Last Wipe?

The last wipe the developers did for the closed beta of Escape from Tarkov was back in 2021 on December 12. Since there hasn’t been a wipe, many people wonder when the next wipe may be. If we look at when the wipe before the one in December happened, we might be able to gauge when the next one might happen.

The wipe that happened before December 12, 2021, was in June 2021. The wipe before that was in December 2020. If we look at how the pattern is going, we might be able to have some estimate on when the next wipe and update will happen.

When Is The Next Wipe?

So when is the next wipe? At the time of this writing, there is technically no official statement or date when the next wipe will happen. Wipes only occur when a big update comes to the game, which happens every 4 to 6 months. However, an educated guess would point to the next wipe around June. Based on my earlier observations, wipes seem to happen in the middle of the year and near the end of the year.

Also, this is just a guess; development in video games is not set in stone. Plenty of things can or will happen that require pushing back dates. The next wipe could happen sooner than June; it could also occur much later.

So, what does this mean for Escape from Tarkov players? Unfortunately, the game’s developers have not given a definite date for the next wipe. However, we can make an educated guess that it will be in June based on patterns seen in the past. That means you still have some time to try out different items and strategies before resetting everything. We hope that our article has been helpful and informative – stay tuned for more updates on Escape from Tarkov as they become available!