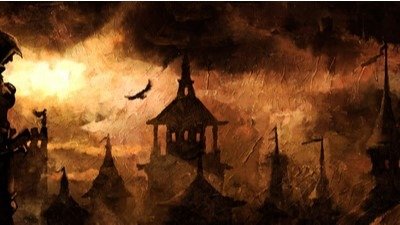 With the Star Guardian release also comes a new limited-time game mode. This new game mode is called Invasion. Unlike other game types in League of Legends, Invasion is a coop-based multiplayer mode. Most game types focus on the PvP aspect and battling in lanes. However, this game mode focuses on the team sticking together to complete specific objectives.

Let’s dive a little deeper into the basics of what Invasion is. This will also help get you started if you haven’t played it on your LoL account before.

Invasion is a coop objective-based limited-time game mode. Five players on a team will need to complete specific objectives while battling waves of enemies. Near the end, players will have to defeat a boss to finish the match and earn exclusive rewards for their League of Legends account.

These two queues are:

Onslaught also has a grading/scoring-system as well. The better you do in each room will be added and averaged out for your total score at the end of the game.

The following actions will affect your score:

Both Invasion and Onslaught share the same objectives to complete. There are a few different goals to be achieved in each room if you want to move on to the next one.

There are only a limited amount of champions that can be used. The winners usable are the ones associated with the Star Guardian event. Multiple players cannot select one champion.

The following champions that are usable are:

While you can certainly complete this limited-time event with a good combination of champions, support champions are essential. Janna is vital to any team combination due to her support skills.

As players defeat enemies and complete rooms, they will earn gold to use on items to make their champion stronger. Buying items is a necessity if you want to defeat the boss at the end or have good sustain throughout the rounds. Throughout some bands, health packs will be provided. Picking these up will instantly restore health and mana to you and your team.

By completing challenges associated with the new game mode, players can earn rewards for their League accounts. Players will be rewarded with currencies and icons. Players can buy the New Horizon Ward and a Hextech Mystery Champion token using these currencies earned.

Each reward requires four Starlight Tokens to buy. Players can only earn eight Starlight Tokens during the event. Players will need to play both Invasion and Invasion: Onslaught if they want to receive all of the rewards.

I hope this overview guide of Invasion was helpful. Invasion is a fun and simple game mode but still requires communicating with teammates. If you prefer to play coop game types instead of PvP, this is probably for you. Sadly, this game mode is currently unavailable.

If you played Invasion while it was available, what are your thoughts on it? Let us know in the comments.